The Flourishing of Jerusalem, the Ruin of Madīnah, the Malhamah and the Conquest of Constantinople 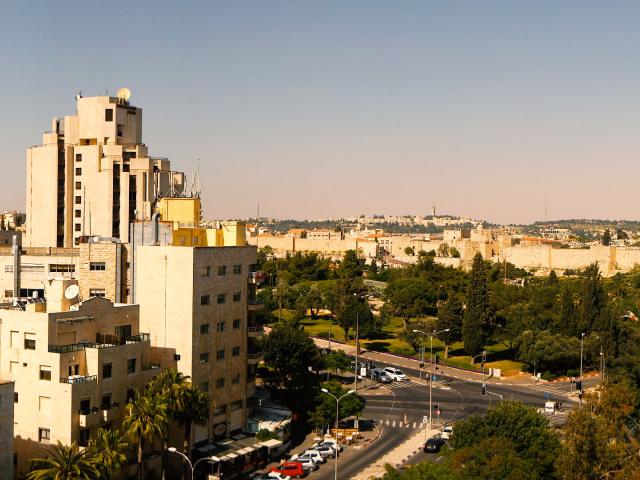 Among the areas of interest in Ākhiruz Zamān, Jerusalem is by far a key area for the emergence of some of the major signs. Madīnah has also been mentioned, but as we will soon discover (in forthcoming chapters of the book or articles on website), that the city of the Prophet صَلَّی اللّٰہُ عَلَیْہِ وَسَلَّمَ will not play a major role during that time. Constantinople has been earmarked as an area of Muslim conquest and ipso facto the emergence of Dajjāl shortly thereafter.[1]. The narration which has discussed these significant details is as follows,

Sayyidunā Muāzh bin Jabal رَضِیَ اللّٰہُ عَنْہُ reports, The Prophet صَلَّی اللّٰہُ عَلَیْہِ وَسَلَّمَ said , “The flourishing state of Jerusalem will be when Yathrib (Madīnah) is in ruins. The ruined state of Yathrib will be when the Great War comes. The outbreak of the Great War will be at the conquest of Constantinople and conquest of Constantinople will be when Dajjāl comes forth.” He (the Prophet صَلَّی اللّٰہُ عَلَیْہِ وَسَلَّمَ) struck his thigh or his shoulder with his hand and said, ‘This is as true as you are here or as you are sitting (oh Muāzh)” [2]

This particular narration is indeed a prophecy which discusses a domino effect of events in the end-time. If taken literally, the implication is that Madīnatul Munawwarah will be in actual ruin. If this interpretation is taken, then the dilemma will be the reconciliation of those ahādīth which have indicated that the Dajjāl -after his release – will make his way to Madīnah but will be unsuccessful in his attempt to enter it. Why would Dajjāl make his way to enter upon a city which is literally ruined? Since the intellect rejects such a contradiction based on the collated information on the subject, the interpretation of a literal ruin poses more questions that it does provide answers.

The hadīth regarding the flourishing state of Jerusalem indicates that by the time of Dajjāl’s emergence, Madīnah will already be in ruin. Hence many of the contemporary scholars on the subject of eschatology prefer to adopt the allegorical route pertaining to the ‘ruin’ of Madīnah.

Allegorically, the ruin of Madīnah may be deemed as a ‘ruin’ in the state of affairs. This conclusion is based on the common ground of Madīnah, Jerusalem and Constantinople as areas of power and rule at some point in its history.

“To determine the true rulers of any society, all you must do is ask yourself this question, Who is it that I am not permitted to criticize?”[4]

Evidently, Jerusalem is ‘flourishing’ as a political power under the rule of the illegal Zionist occupiers, whilst Madīnah has been reserved to being a place possessing only historical significance.

The implications from the above mentioned narration seems to be indicative of the concept of power and rule as opposed to literal destruction of these significant lands. In the end Allāh knows best.

For more in-depth study about the city of Jerusalem, please refer to my book The Forgotten Haram

[1] The Conquest of Constantinople has been uploaded to the website.

[3] See chapter one of ‘The Forgotten Haram – 40 Narrations Concerning Jerusalem’ titled ‘Jerusalem and the Prophets’ for more detail.