Signs and Conditions of the Hour (As-Sā’ah) Pt.1 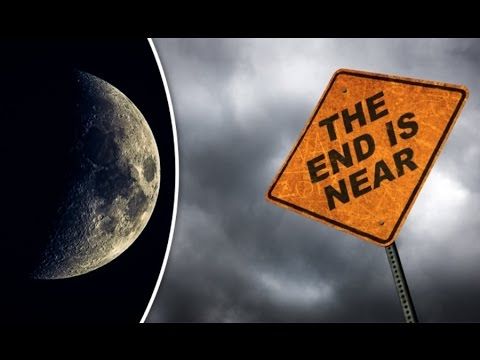 An explication to exhibit the significance of the conditions which necessitate the emergence of the signs, by Shaykh Faheem

As a student of the subject of Islamic eschatology, I have perused numerous books on the more commonly referred to subject known as ‘Signs of Qiyāmah’ or ‘Signs of the End-Times’. The subject has been covered intensely in the Qur’ān, the six major books of hadīth, and practically every other collection of hadīth by the masters in the field. Furthermore, some of the most erudite of scholars from Islām’s literary legacy have penned numerous works on the subject[1] viz. Imām Nu’aym bin Hammād, Imām ibn Abī Shaybah, Imām Al-Qurtubī, Ibn Kathīr, Imām Jalāluddīn As-Suyūtī, Imām Barzanjī (May Allāh  reward them immensely).

Whilst these glittering stars in the galaxy of Islāmic scholarship collected and presented countless traditions discussing the subject of the signs, I have been unable to locate a work which dealt with an exposition on the conditions which must be fulfilled in order to necessitate the manifestation of every prophesized sign. Why is this important? Consider the following scenario;

You are driving on the motorway and you are in need of direction for your journey. What does the driver do? He searches for the ‘signs’. The signs act as a means to indicate to the driver the requisite speed, preferred lane, and direction one needs to travel in order to reach one’s destination. The questions which the inquiring mind ought to be asking are, ‘who determined the path?’ ‘How did the sign get up there in the first place?’ ‘Who was responsible for all this work which made the ‘sign’ visible?’

On this premise, we acknowledge that whilst the prophesized signs are indications to the believer, as a guideline in the build up to the inevitable Final Hour, the conditions which need to be fulfilled in order for that sign to manifest are pivotal, without which, the sign itself remains relatively lacking a comprehensive understanding. The relevance of this aspect is two-dimensional;

A simple example of this is located in the subject of Ribā. The Blessed Prophet صلی اللہ علیہ وسلم warned us about a time in which no soul would be able to avoid usury. Currently, there is no recognized government which operates outside the laws of the international banking system. The banking systems are all primarily interest-based. These interest-based systems have ensured that all necessities of life such as, houses, cars, etc. cannot be purchased without a bank account and a bank statement to vet one’s eligibility to purchase the desired item. Hence, the Prophet Muhammad’s صلی اللہ علیہ وسلم foretelling of ‘a time in which no person would be able to avoid Ribā’, was in actuality more than just a prophecy concerning its global reach. It was, and remains, a prophecy dealing with the formation and protocol of the international banking system which would continue to enslave humankind for the rest of their lives to ensure that mass wealth could be circulated amongst the elite as a corollary of the blood and sweat of the poor.

With this in mind, we progress to clarify that the conditions act as the means through which the signs become clear. An example of this may be understood from the below  narration which depicts the ‘conditions’ as being synonymous with the notion of ‘cause and effect’, in relation to the socio-moral fabric of humanity.

“It was narrated that ‘Abdullāh ibn ‘Umar رضی اللہ عنہ said,
“The Messenger J of Allāh turned to us and said, ‘O Muhājirūn (emigrants) there are five things with which you will be tested, and I seek refuge with Allāh lest you live to see them; (1) Immorality never appears among a people to such an extent that they commit it openly, but plagues and diseases that were never known among their predecessors will spread among them. (2) They do not cheat in weights and measures but they will be stricken with famine, severe calamity and the oppression of their rulers. (3) They do not withhold the Zakāh (Obligatory charity) of their wealth, but rain will be withheld from the sky, and were it not for the animals, no rain would fall on them. (4) They do not break their covenant with Allāh and His Messenger J, but Allāh will enable their enemies to overpower them and take some of what is in their hands. (5) Unless their leaders rule according to the Book of Allah and seek all good from that which Allah has revealed, Allah will cause them to fight one another.”[2]

The aforesaid narration mentions five tribulations (effect) which will be as a result of certain ‘conditions’ (cause). Some critiques may wonder at this juncture as to how the abovementioned narration ties up with the subject of eschatology when there are no prophecies foretelling a specific time. Upon scrutiny of the narrative, we must insist that the very fact that Imām An-Nasaī رضی اللہ عنہ placed this narration under the subject of the ‘Fitan’ (Trials and Tribulations) is proof of his understanding of the nature and context of the hadīth as being part of Islāmic eschatology. Furthermore, whilst there is no mention of a timeline, these are indeed prophecies concerning the tribulations which will befall society if we fail to remain good human beings with morals of the highest calibre.

[1]See ‘The Beginning of the End – An Eschatological Endeavour to Unravel the Mysteries of the Modern Age’ for more detail.